DETROIT — A U.S.-based, Arab female-owned dating app has seen a massive increase in users around the world and growing popularity in international app markets.

Baklava, an “Arab relationship app for dating, marriage and friendships”, announced last week that it is now at 160,000 plus downloads and growing.

The app is now seeing more than 75,000 active members daily, and created 3 million “matches” and 10 million exchanged messages per month, illustrating a real yearning among Arabs around the globe to make connections with each other.

Launched at the end of 2020, Baklava is the first and only social app catered towards the unique dating and relationship desires of Arabs, in the U.S. and abroad, with a user experience that incorporates broad facets of the Arab cultural identity. Tongue-in-cheek prompts like “doctor, engineer or disappointment” tease certain stereotypes and cultural expectations, while cultural cues attempt to create a comforting and authentic Arab experience.

A “Besties mode” lets those looking for a more low-key experience connect with other like-minded Arabs locally.

Market analytics show that in the summer of 2021, Baklava became the most downloaded free app in Germany, supplanting Facebook, WhatsApp and Instagram.

“Built by Arabs, for Arabs”, the app uses a filterless approach, allowing members to meet people with similar interests and values, honoring Arab culture, while ensuring it welcomes people from all walks of life. The app does not filter people by height, skin color, religion, etc. Members can include anything they like in their bio, but people cannot filter by any attribute. Baklava is religion agnostic and is free for anyone to download and join, with advanced features available for members.

Interestingly, outside of Arab concentrations on the West Coast and Midwestern regions in the U.S., the app’s popularity has a hit a high level in the European app market.

Market analytics show that in the summer of 2021, Baklava became the most downloaded free app in Germany, supplanting Facebook, WhatsApp and Instagram. Baklava also hit number one on the Global Dating Insights Startup Roundup in April 2021.

Baklava’s creators say the app has also led to numerous engagements and marriages among its membership.

“Baklava is a means for the millions of Arabs around the world to connect with each other and to their roots,” said Baklava founder and CEO Leila Muhaizen. “I’m incredibly proud and humbled by the relationships the app has already created, from marriages to friendships and more. The bond among Arabs living abroad is undeniable and for the first time in history, the global Arab community is truly connected — thanks to our app.”

Baklava recognizes and caters to people who connect to the “bicultural Arab identity.” We know Arabs are scattered all around the world and we needed to create a platform for this popular Arab archetype to come together. — Serena Skaf, Baklava

In just over a year, Baklava’s official TikTok videos have received more than 14 million views combined.

The app also aims to debunk the taboo that an Arab woman is allowed “one man” in her lifetime and normalizes exploring dating and a love life to learn from mistakes and grow emotional intelligence. The creators say that Arab men often do not have to worry about such stigmas and the app attempts to bridge that disparity between Arab men and women in the dating world.

The app is dual headquartered in Los Angeles and Detroit. The company behind the app also took out a billboard in Dearborn last year and conducted a cultural event in Detroit this year alongside Film Lab Detroit and local Arab artists to highlight Arab film and art. Baklava has sponsored or participated in other events, such as the Michigan Lebanese Student Association (LSA) Fallback, 2021.

With 3.5 million Arab-Americans in the U.S., and 436 million Arabs worldwide, the team wants people to join and make authentic connections with Arab people next door and around the world. The app’s platform also invites non-Arabs who are interested in Arab people and culture and recognizes the modern, evolving and global identity that many young Arabs enjoy. 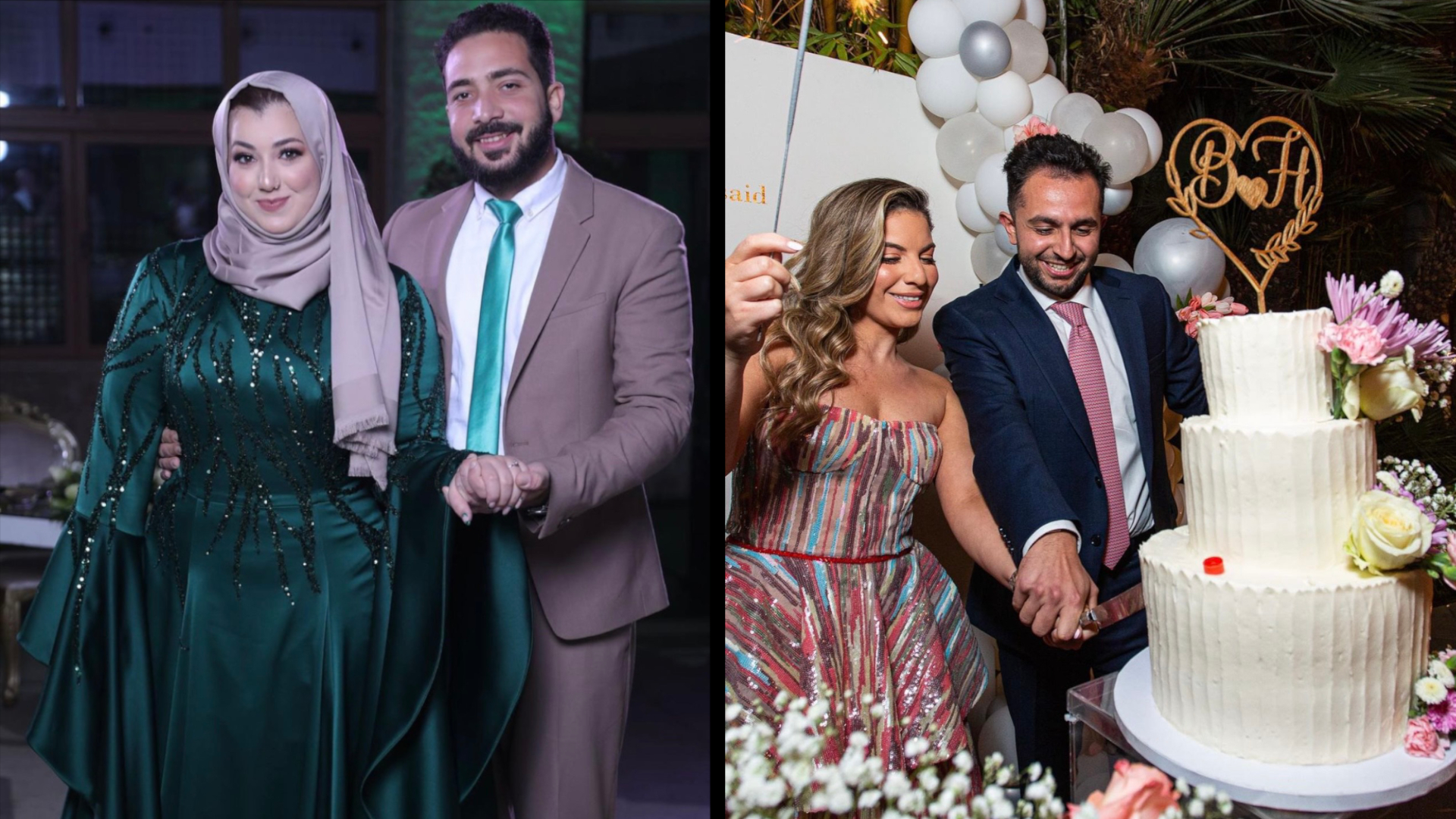 Couples who have met through Baklava: (left) Rayan and Mohammad, (right) Hana and Bilal

“Baklava recognizes and caters to people who connect to the ‘bicultural Arab identity,’” said Serena Skaf, chief marketing officer at Baklava, who was born in Dearborn and raised in Lebanon. “We know Arabs are scattered all around the world and we needed to create a platform for this popular Arab archetype to come together.

“We hope to mindfully participate in modernizing the Arab region through tech in a way that preserves, adapts and respects our culture, which is why Baklava fuses the etiquettes of Arab society with its brand and user experiences, making it far more integrative and inviting to Arabs, in contrast to mass-targeted Westernized dating apps that are notorious for being either mildly accepted or widely rejected among Arabs in the region.”

The basic level for joining the app is free with advanced features available with membership. To learn more, please visit: baklavaapp.com or download the app: apps.apple.com/us/app/baklava/id1528175615